Every year, the RCAF Demo Team paints a special scheme on their demo jet depicting an event or something that has meaning for the airforce and the people of Canada.

In 2012 RCAF CF-188A 781 (US registry 188781) MSN 0556/A464 was selected to receive the special paint scheme to represent Canada’s Demo aircraft for that season. The aircraft paint theme was “The True North, Strong and Free” and flown by Captain Patrick Paco Gobeil, a former Snowbird Demonstration team member. Images on the aircraft depict the Arctic with 13 snowflakes to represent Canada’s 13 provinces and territories. Also shown are Northern Lights, Canada’s Maple Leaf, a polar bear and an Arctic hunter. 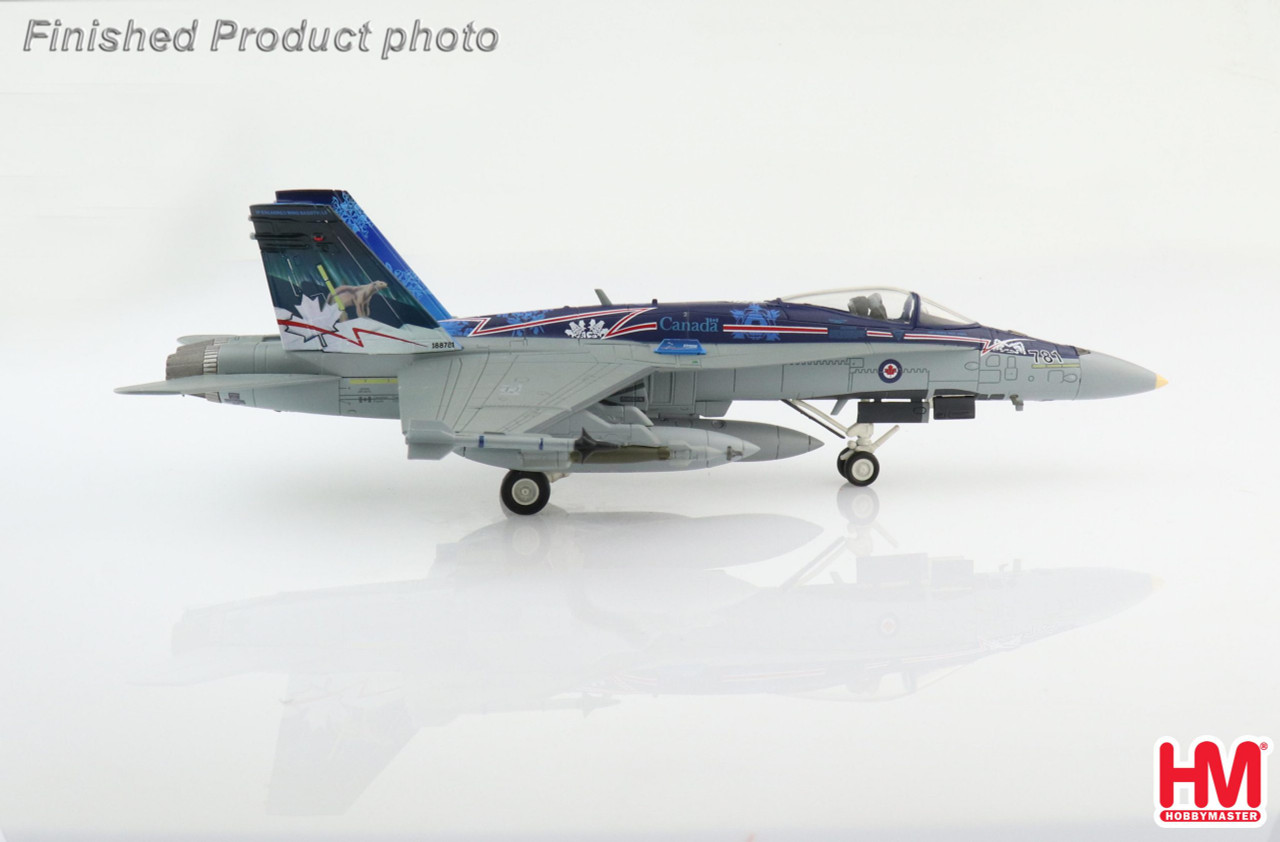 - Pre-painted Diecast Metal Model
- True 1:72 scale
- Professionally painted
- Great attention to detail
- All markings are Tampo printed (pad applied)
- Option to display the model on a stand that is provided
- Model can be shown with the landing gear in the down or up positions
- Canopy can be displayed open or closed
- Heavy metal construction with a minimum of plastic

Collectors item: Not suitable for children under 14 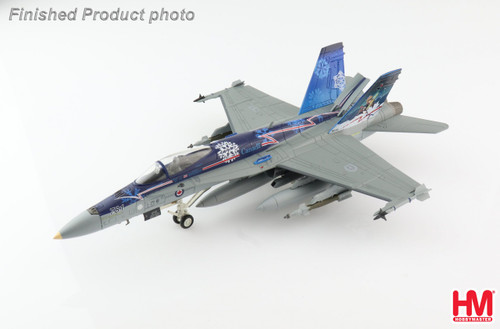