In the eighties and nineties, the MD80 gained cult status at American Airlines. Now Aviationtag is proud to present an exclusive series officially licensed by American Airlines crafted from one of the aircraft!

The N922TW was completed on 26 July 1981 as an MD81 and initially took to the skies for Swissair before it was taken over by Trans World Airlines (TWA) in 1997 and converted into an MD82. In 2001 it was transferred to American Airlines – along with the rest of TWA.

In April 2003 it landed in Roswell, New Mexico, which was to be its last stop. Now its fuselage is being given a new purpose: as a limited-edition Aviationtag. The series is officially licensed by American Airlines and, thanks to almost 20 years of retirement basking in the desert sun of New Mexico, has a unique retro look, in some cases even sporting major scratches. 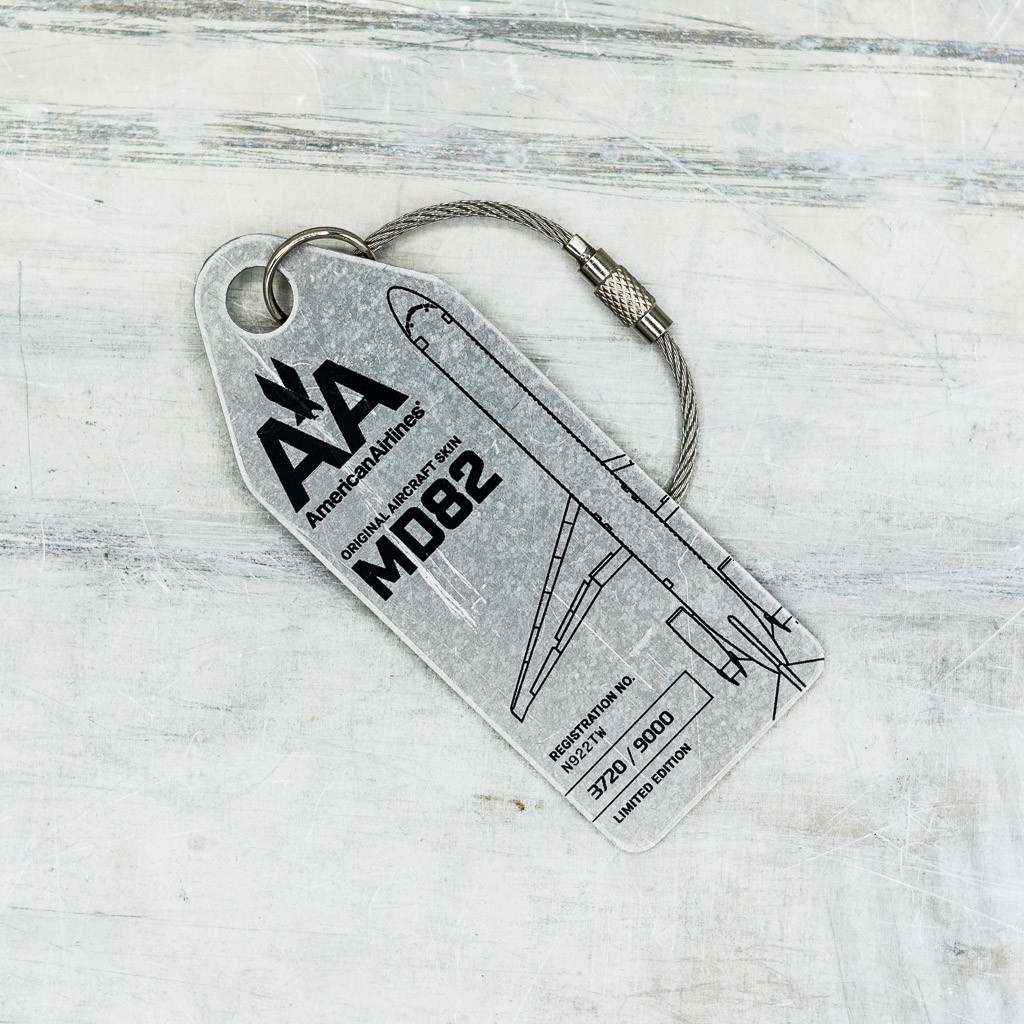 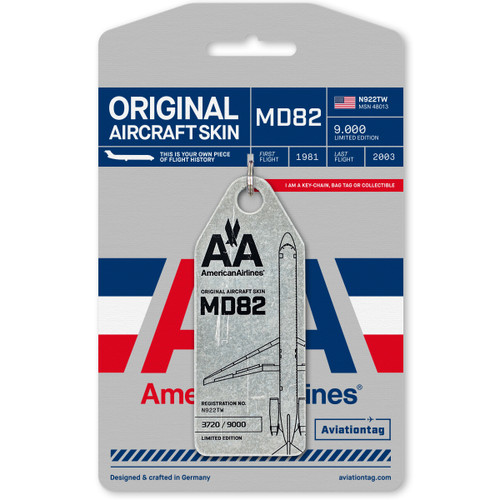