Built in 1967 in Marietta / Georgia by the Lockheed Corporation with the serial number 4235, it was in operation for over 50 years all over the world for the British Royal Air Force under registration XV209.

The special version for the Royal Air Force was dubbed the C-130K. The basic series was the Hercules C.1, which was then upgraded into the various different British models. Our Hercules is the Hercules C.3A for Special Forces operations. During the Falklands War  it was also additionally equipped with an aerial refueling nozzle.

In 2013, the XV209 was retired from service and then ultimately recycled in St. Athan (Wales) in 2018. Now it is embarking on its second life as our Hercules C-130 Aviationtag edition! 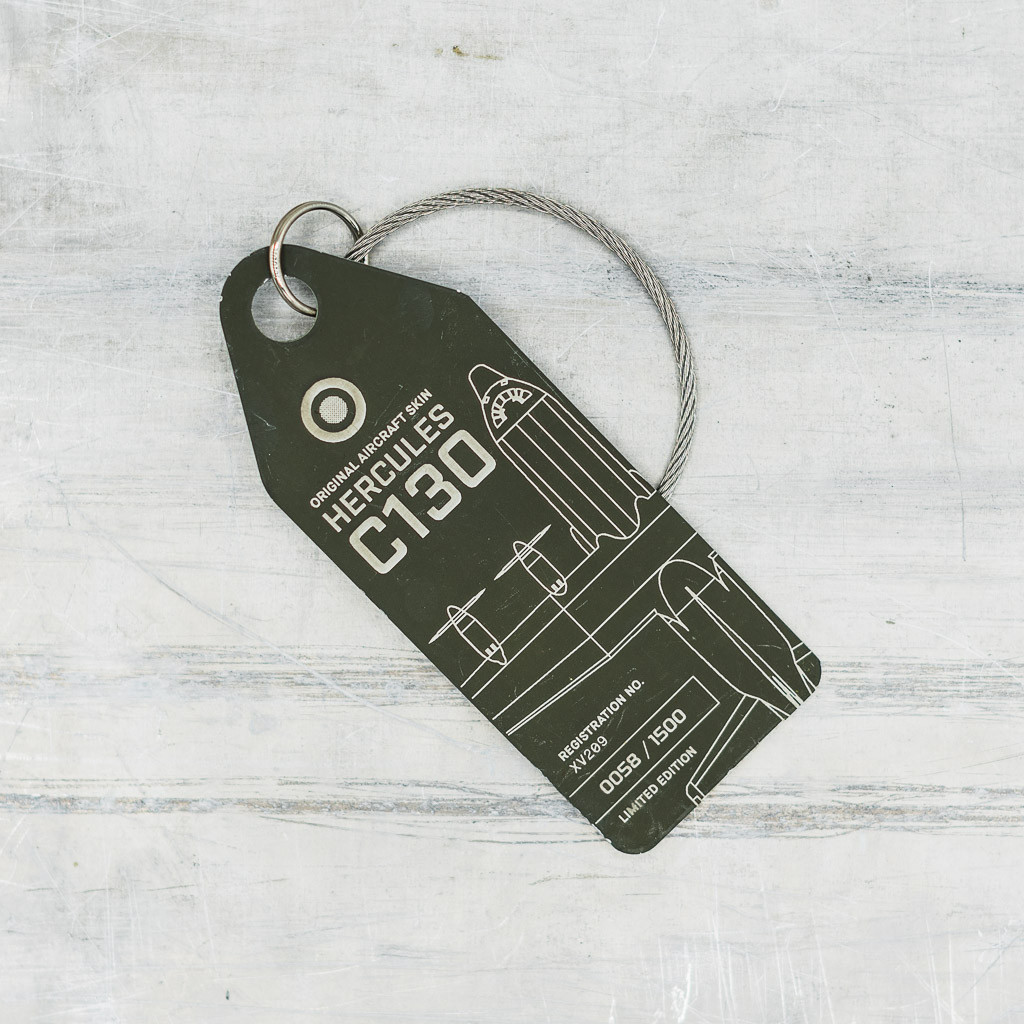 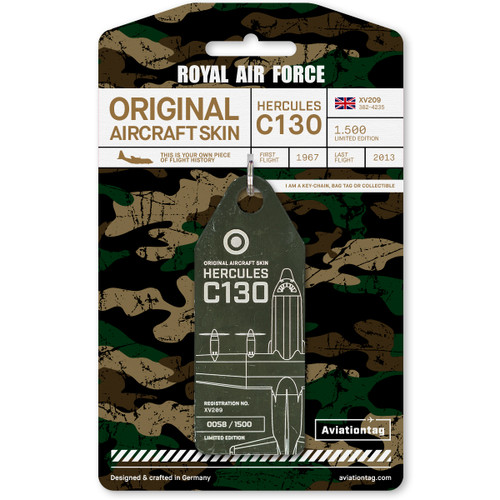