The JA8322 was built in Everett / Washington in 1992 with the manufacturer serial number (MSN) 25618 and line number 458 and delivered to the Star Alliance member ANA in October.

In 2012, the Boeing 767 was struck by lightning as it was making its landing approach on its flight from Tokyo to Toyama with 275 passengers on board, but was able to land safely despite its nose cone being damaged.

After 25 years of loyal service to ANA All Nippon Airways, the JA8322 was decommissioned in 2017 and parked in the USA. We were able to save parts of the 767 and are especially proud to be able to upcycle an important aircraft in Japanese aviation history into one of our Aviationtags. 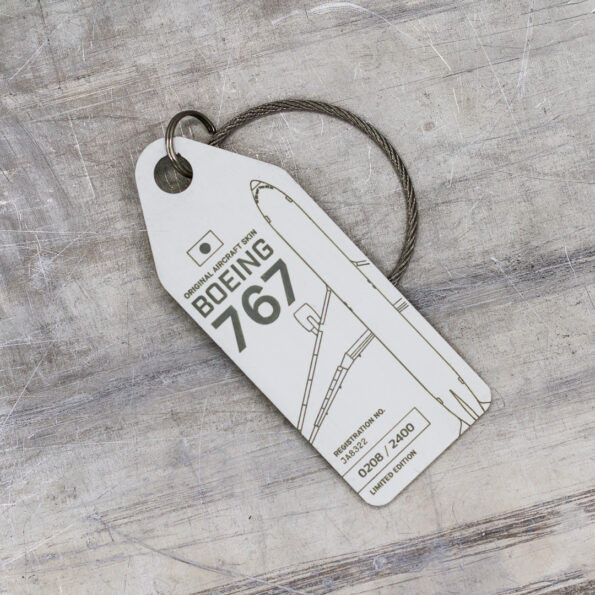 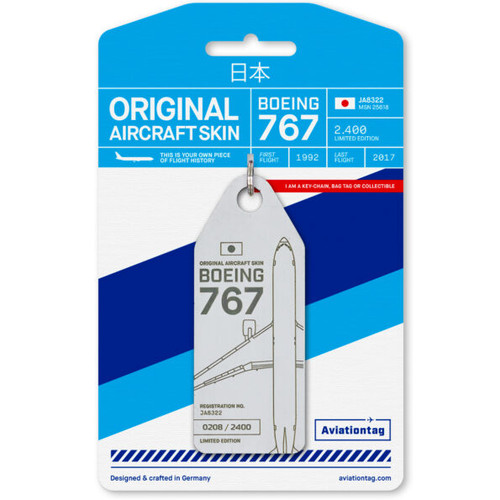