The A319 was built in Hamburg in April 2003 with the MSN 1947 and initially licenced to PrivatAir as D-APAA. In 2008, Etihad Airways, the national airline of the United Arab Emirates based in Abu Dhabi, acquired the A319 and it was given the registration A6-EID.

Up until 2017, the A6-EID was in operation for the 5-star airline before being upcycled in Great Britain and now being partly returned to its original country, Germany.

In cooperation with Etihad Airways we now proudly present this high-class 5-star Etihad X Aviationtag edition, the perfect gift for all aviation fans! 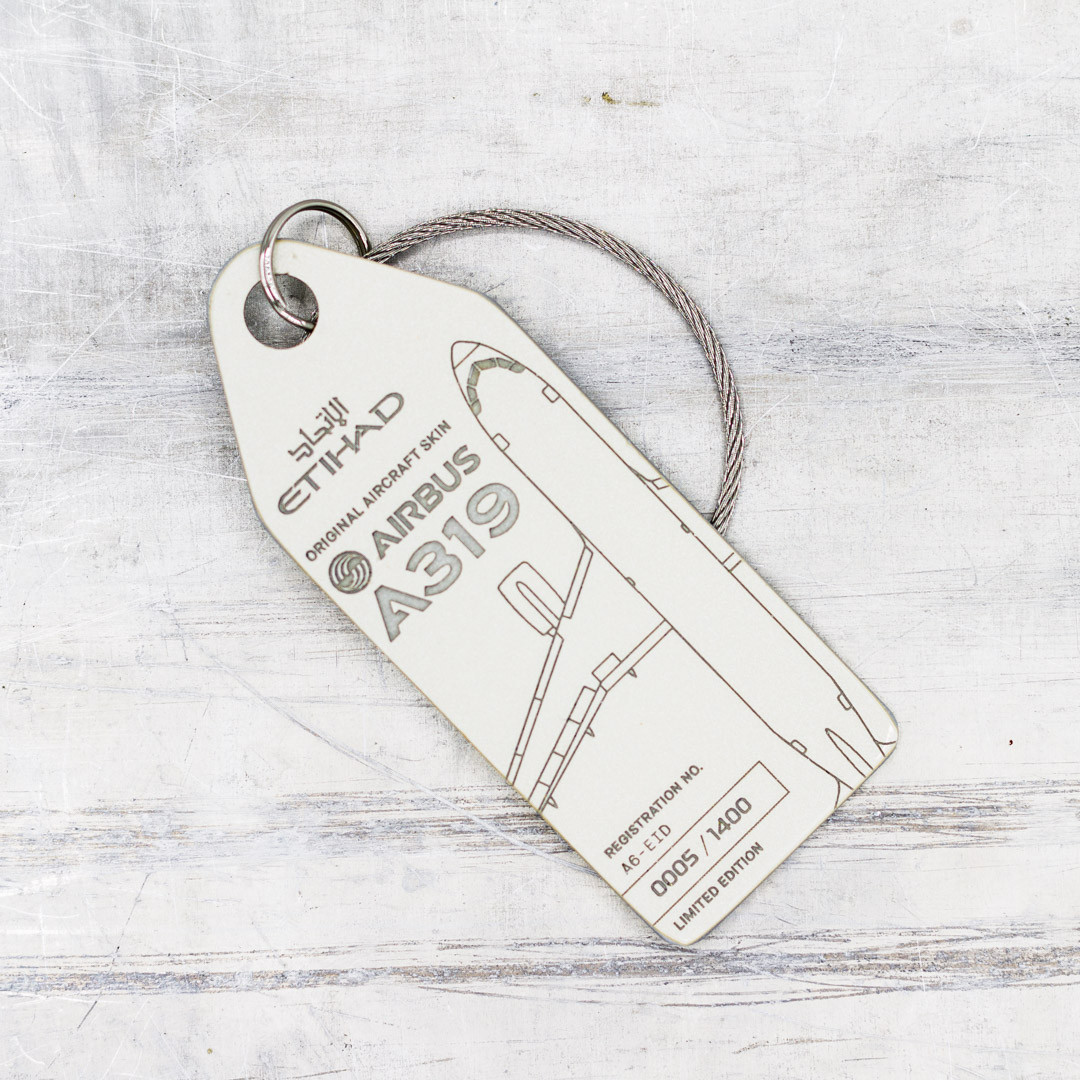 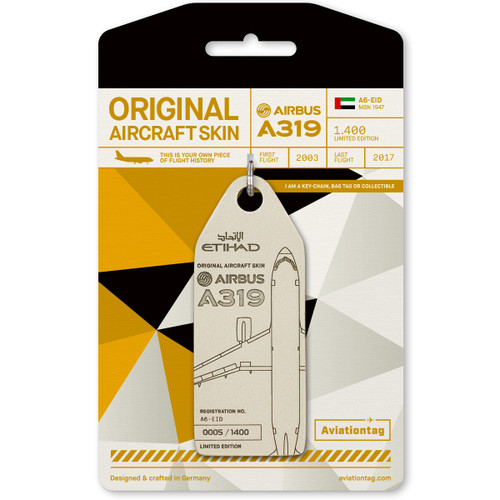