The African airline fastjet’s international nickname is “Grey Bird” and it is hard to think of a more fitting alias for the Airline’s logo! Our new and extravagant Aviationtag is crafted from the skin of the Airbus 319-100, which left the factory doors in 2004 and was also operated by South African Airways up until 2014 under the registration ZS-SFF.

In August 2015, the plane was given its new inimitable design and from that point onwards took to the skies for fastjet in the western and southern climes of Africa under its new registration 5H-FJF. 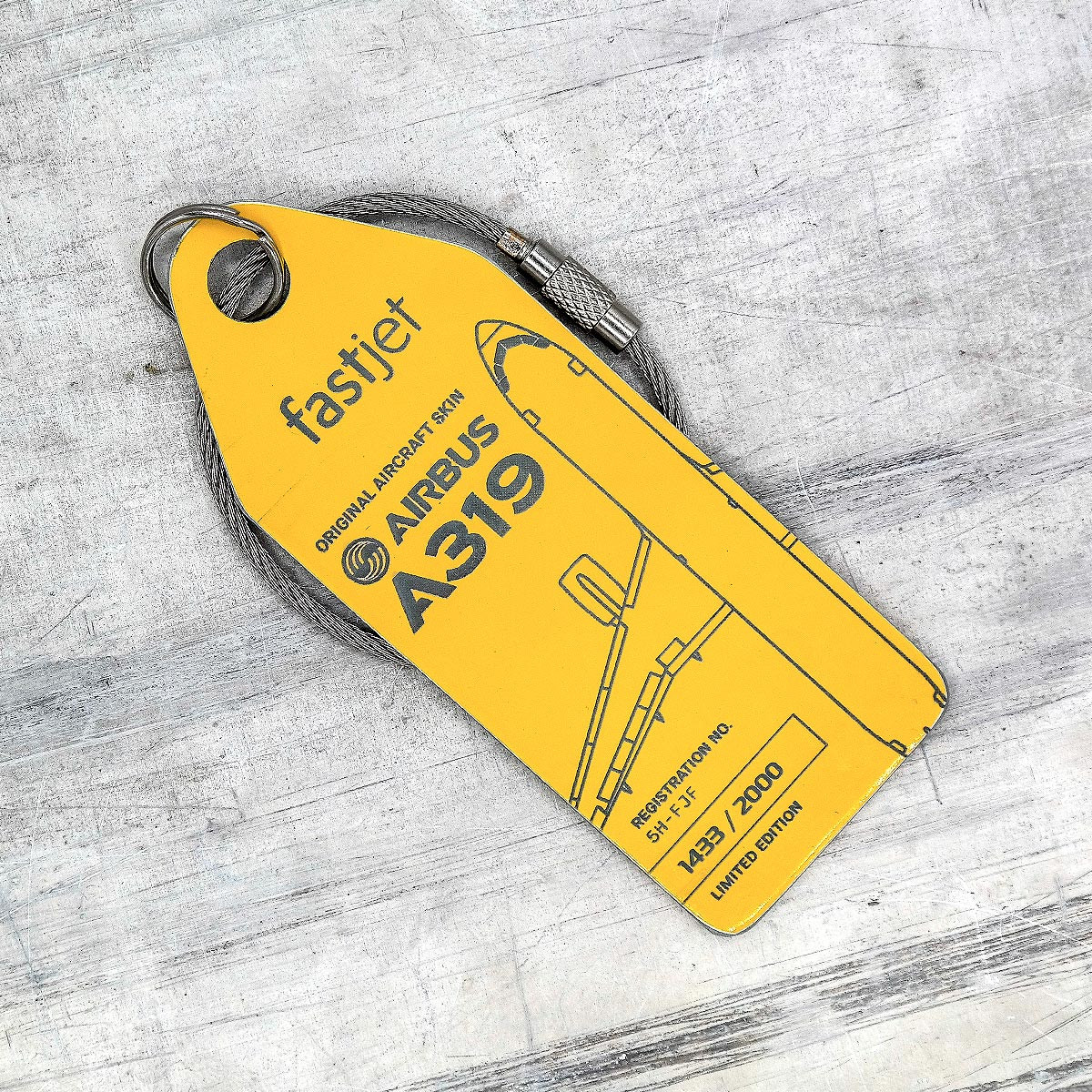 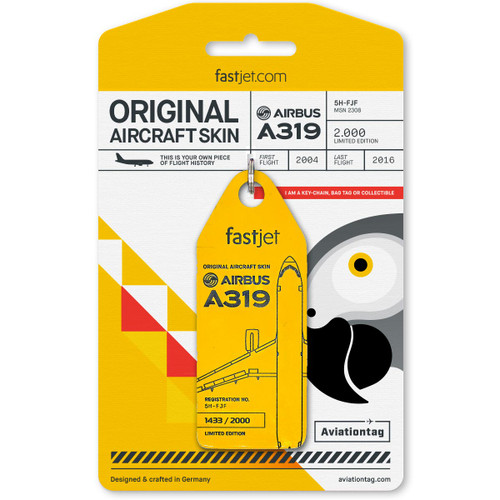